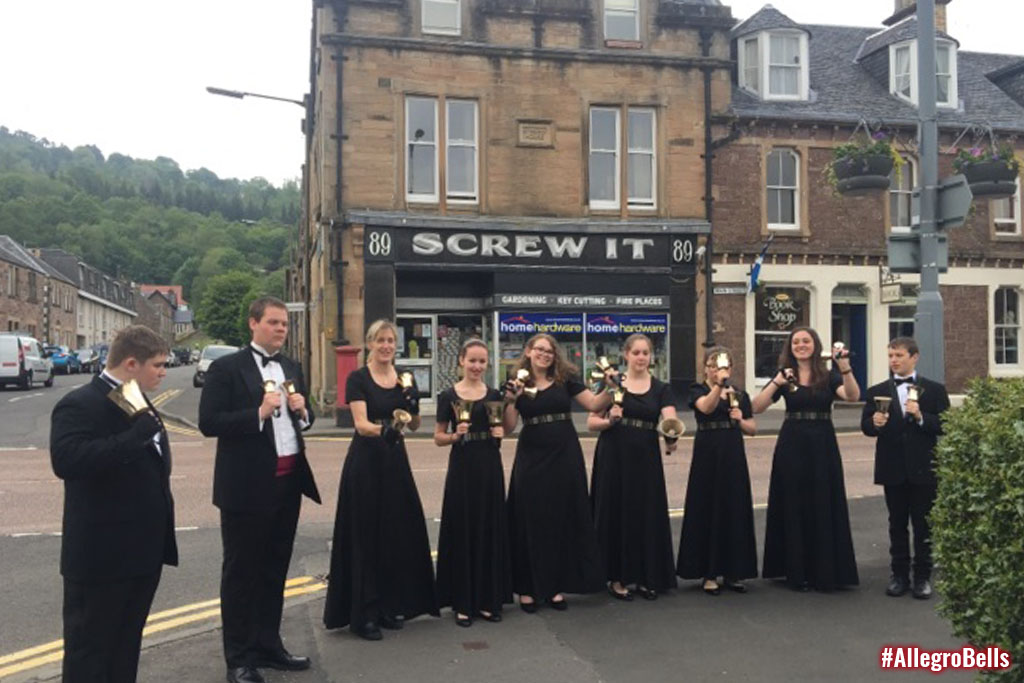 Well, it was another amazing day in our 2015 European Concert Tour! We had a bit of a change of plans which turned out to work in our favor, as Tine Greene '15, Celia Balderston '17, and Grace Cook '18 explain, along with director Stephen Edwards:

Lucky for us, we got an extra hour of sleep last night. After waking up, feeling all wonderfully rested, we had a bit of a late start. Instead of traveling to Loch Lemmond, we had another day to venture around Edinburgh.

We stopped in for a "barry" (good) cup of tea (or coffee) at The Elephant House, where JK Rowling created the wondrous world of Harry Potter! After that magical experience, we had a great deal of free time to shop and see some of the many beauteous sights in this city.

While the group enjoyed lunch at a Scottish McDonald's (no word on the McHaggis Deluxe), director Stephen Edwards says:

After that, we had to make an emergency black pant run for a ringer the couldn't find his black pants for tonight's concert. Many of the us continued shopping while the rest of us climbed the Scot Monument.

Soon, our bus arrived and took us to Callander Kirk.

At the kirk, or church, where we performed, our three concert coordinators (Anne, Chris, and Betty) were the most generous hostesses we could have asked for.

The first concert of the tour was well attended for the small town...50 or so in attendance. Tine, Celia, and Grace go on:

The members of Callander Kirk's handbell ensemble were very appreciative and in awe of the complexity and intensity of our larger choir. They were fascinated by some of our belling techniques, and they even told us they would be trying out some our strategies to improve their bell work!

After the concert, they were so kind as present us with adorable and thoughtful individual Scottish gift bags and to bake us delicious desserts as a post-concert snack.

Stephen received a wook key change with a thistle on it!

After that successful and exciting portion of our evening, we traveled back home for the night. One bedtime story later, and all the bellers were tucked in bed, fast asleep, dreaming of another day in our beautiful Scotland.

Allegro students develop their musical and leadership talents in rehearsal and performance while receiving a cultural experience.

This educational program is provided free to students, who work for the ensemble's fundraising projects. Every dollar counts. Thank you for your support.